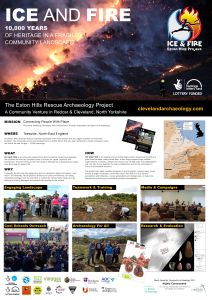 Spencer Carter, Projects Co-Director, will present and talk about the ICE AND FIRE rescue archaeology project on Teesside’s Eston Hills, at the Palaeolithic & Mesolithic Conference being held at the British Museum, 25-6 October 2018.

Learn more about the project »

In the meantime, we have applied to Teesside Philanthropic Foundation for funding so that we can print more of the ICE AND FIRE 2018 Report booklet for distribution across schools and community outlets. Wish us luck! 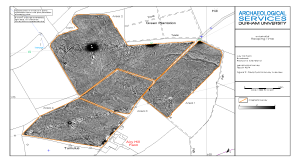 We’re also delighted to have received the REAPING TIME geophysical survey report by Archaeological Services Durham University for the summer survey of more than 30ha as part of the initial Explore and Evaluate phase.

Learn more about the project »

The results are tremendously exciting and add much detail, as well as questions, to our observations of crop and soil marks from satellite and LiDAR (aerial laser) imagery. The report, in addition to the field-walking finds and surface observations, will influence our proposals for community engagement in 2019-20, subject to review and funding. Discussions will take place through November in the hope that we can kick-off more field-walking and finds processing in Spring 2019, followed by summer test pit excavations of selected features. 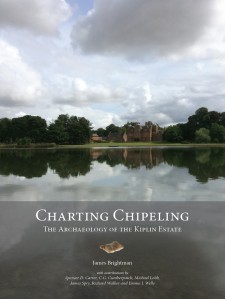 There are noises that suggest the delayed Charting Chipeling monograph about the archaeology of the Kiplin Estate in North Yorkshire may be heading towards print presses soon. In the meantime, and with Jim Brightman’s kind permission, here is the chapter on Lithics analysis and interpretation together with the full bibliography. I’m also pleased to have contributed to three other chapters, with Jim, on the excavations.

On a personal note, things have been a bit on the quiet side much of this year due to some significant health issues. I’m glad to say the slow road to recovery is being travelled. 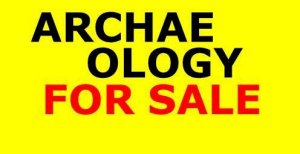 Extraordinary news from the Star Carr project team (University of York) is that part of the Vale of Pickering, containing Upper Palaeolithic and Mesolithic wetland archaeology, is on the market for £550,000 or as four lots* – see the links and image below.

The pasture, under a short-term stewardship agreement, is the location of Flixton Island and No Name Hill which were indeed islands in the post-glacial palaeo-lake Flixton. This is a beautiful landscape and wildlife habitat sitting between the Yorkshire Wolds and North York Moors in an area where tourism is a major economic component. Recent excavations have proven organic preservation under surviving peat that includes a horse butchery site and several Early Mesolithic activity areas. As the project team point out, the risk is that the future owner or owners will not be sympathetic to this special archaeological resource and that, at the end of the stewardship cycle which brings in a modest annual income, agricultural practices may revert to arable, destructive activities. I do note that the archaeological assets are hardly mentioned in the PDF brochure and that only the nearby Star Carr is an archaeological scheduled area – and rapidly drying out. 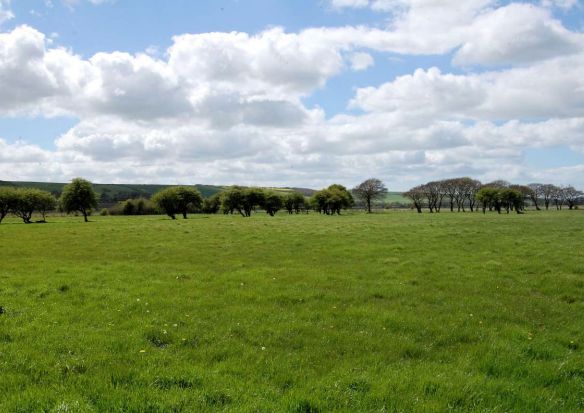 Is there any hope that the partnership capabilities of charitable organisations, perhaps with sympathies from national and governmental bodies, might come together in order to purchase the land and secure it for the broader public? The Vale of Pickering is a rich natural (if managed) resource as evangelised by the likes of the Carrs Wetland Project. £550,000 is a modest sum in terms of Heritage Lottery and land management initiatives that receive support. Indeed, compare with the considerable sums raised to rescue treasure trove finds in recent years and the success of crowd-sourcing projects that enable public access to heritage, nature and learning. The Crosby Garret Roman parade helmet sold, regrettably, to a private bidder for £2.3M and yet the Tullie House Museum was able to raise £1.7M in an attempt to secure it. £0.55M seems less daunting? 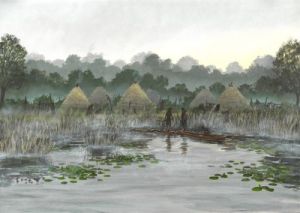 Would the very special habitat – and its development as a public asset – not garner the interest of the National Trust and RSPB? After all, they also bring the relevant land management expertise and oversight to conserve complex living landscapes? Is a campaign out of the question?

There is already a Vale of Pickering Trust that supports the archaeological ventures and has done so for many years – so is the coordination vehicle already there?

If only I had the savings, I’d jump at this in a second: more lottery tickets I guess!

Just published today by Natural England, a new report demonstrates the value for money delivered by investing in the natural environment – wetland habitats being an important one – including carbon storage, resilience to climate change, health and well-being, and attractiveness to future investment, tourism and recreation.

“The Monitor of Engagement with the Natural Environment survey demonstrates that in 2012-13, 2.85 billion visits were made to the natural environment with expenditure totalling from £17.6 – £24.5 billion.”

If you’re a Twitterer and ‘into’ archaeological lithics and flint, why not join the weekly #FlintFriday celebration of beautiful flint—as well as good fieldwork, recording, curation and sharing? Do you have a favourite in your local museum or archive?∇

This week’s latest from @microburin… 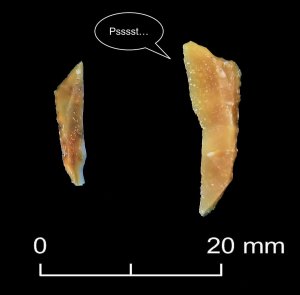 ∇Please always ask permission to take photographs, and a scale is useful! Always report finds to the landowner (who remains the legal owner), the Portable Antiquities Scheme (PAS) and Historic Environment Record (HER) or seek advice | See useful contacts and links »

∇Remember | if an artefact isn’t accurately recorded, it’s lost its context and much of its meaning for everybody else. 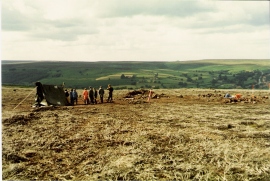 I was flipping through some old (scanned) pictures from the prehistory of my archaeological past and thought you might enjoy these. It’s 1986 throw-back time, the second season investigating the Bronze Age upland landscape on Danby Rigg in the beautiful Esk valley on the North York Moors.

The Bronze Age triple dykes subsequently radiocarbon dated to the Viking period, which was a surprise. The Durham University project included re-examination of a Bronze Age ring cairn with a large monolith, proving it to have at least one cremation burial. 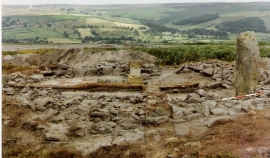 The landscape survey plotted the entire network of field systems and cairns hidden under the heather—certainly one of the most comprehensive surveys of its kind in north-east England, and executed before the advent of GPS or Total Station technology, but we did have an EDM. This was all dumpy level and back-sighting. I’m proud to be able to set up a theodolite in five seconds, while sleeping!

There is a tenuous Mesolithic connection in that, on the long walk up to the moor each morning, Microburin discovered a small Mesolithic assemblage at relatively low altitude. It included some blades and a scraper with edge gloss from processing plant materials, but no microliths. A large Mesolithic core was, inevitably, lying at the bottom of the deepest Viking ditch (residual). It’s a bit like the “token” sherd of Roman Samian Ware (posh dinner service crockery) found most other places, no matter what period you’re digging.

The plans and sections are mostly mine, but some cheeky rascal got the credit. 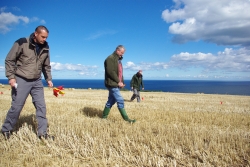 The North-East Yorkshire Mesolithic Project is completing its current funded phase in 2013 by looking at a ‘coastal’ site near Whitby where flints recovered from volunteer and professionally led field walking suggest activity from the Mesolithic through the Neolithic and Bronze Age. Nearby locations complete the story through to the Roman period (farms, villas and signal stations),

Anglo-Saxons (royalty) right up to the present. It’s also a stunning location today, right above cliffs (near Runswick Bay) with views southwards towards Whitby, north over some of the highest sea cliffs in England, eastwards toward Denmark and The Netherlands over the dark North Sea (there since only around 6500 BC).

I’m chuffed I made it into the volunteer field-walking pic (I’m the one in the middle) and may be able to eat Whitby fish & chips off myself? More seriously, the Mesolithic in NE England is compelling—a nexus of chronological, social and territorial themes—and back to the end of the last glaciation (Late Devensian) over 13,000 years ago.
Read more | Summer 2012 adventures →