The flint bits are white, a very pale hue. Is this the sign of an earlier crew?

They’re bigger indeed, if I may be so bold. Is this the sign of something more old?

Dear microburins, I promise work is proceeding on cataloguing the Late Mesolithic assemblages from White Gill, Westerdale and Glaisdale | see the previous post on “laying it all out“. It’s a slow process and some recent advice from a distinguished Pennine lithic guru—there are such things—means I need to do a little bit of back-tracking to add detail to some of the typological work. 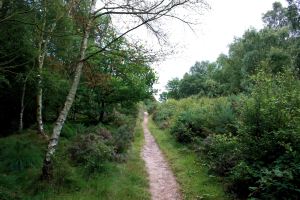 However, in a moment of nostalgia, I remembered a small, modest assemblage I found back in 1982 (while still at college) from a sandy rise next to some beautiful wetland ponds hidden amongst regenerating birch woodland, reeds and heather. It’s also great for woodpecker spotting when the off-road bikers allow some peace. It’s an odd spot. I find this place reminiscent of what the forested uplands might have looked like in the Mesolithic, and today deer roam amongst the trees and clearings—I’m the only wild boar. It’s all the more remarkable for being a nat’s whisker (a very short distance) from the outer edges of industrial Teesside—where the sky never grows dark: oil, gas and petro-chemical services vie for survival in an economically challenged region that never really recovered from the Thatcher years (1980s). How different (or not) from the 1880s when iron was forged and steel smelted. Sydney’s Harbour Bridge was made here, the place where the first commercial public steam railway ran from Stockton to Darlington.

For whatever reasons, and there are many potential ones, the distribution of Early Mesolithic activity—whether assemblages or chance finds—in north-east England is not an onerous one on the eye. They are modest in number, away from the hubbub of Star Carr, Flixton and Seamer in the Vale of Pickering near Scarborough. There are a few noteworthy sites from the high moors, like Pointed Stone (Jacoby, in the Taylor collection but unpublished) and Money Howe (unpublished). Hints of earlier activity at Highcliff Nab, Guisborough (published) and some other “prominent” places in the landscape. These sites are characterised by “broad blade” microliths and obliquely blunted/truncated points.

Compared to the veritable explosion of activity in the later Mesolithic—many hundreds of find spots—the earlier “period” is a rather spaced-out and ephemeral affair. The Late Mesolithic is itself typified by an increasingly diminutive “geometric” microlith toolkit. This included micro-scalene triangles, micro-backed bladelets, micro-tranchets and rods—some so incredibly small (hence “micro”) that you wonder if the folks were on high-strength herbal tea most of the time. Or something stronger. It all goes a bit strange compared to our bretheren in Nordics, Denmark, Netherlands and Belgium—perhaps as it remains to this very day? 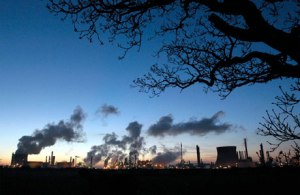 Now, part of the distribution bias will inevitably relate to taphonomic, survival, visibility and collecting factors. However, some folks comment upon how much attention Star Carr and Lake Flixton have received over the years as (dis)proportionate to the amount of attention given to the greater catchments, including the space between the lowlands and high moors—transit routes. My view is that we haven’t been looking systematically enough so far, but I also suspect that we wouldn’t change the maps radically, moreso because so much landscape sits under the sea, certainly south of Scarborough, or under millennia of alluvium and hillwash, or Teesside’s thick paleolake clays and steaming industry.

What do you think?

Back, dear friends, to this little assemblage from a sandy mound in a quiet place. It would be great to have your opinions too—I’m going to let you look at my artefacts. Steady as she goes. Here are the things that seem to make this a bit odd and stand out from the other Mesolithic activity in the area:

Northern England is host to two broadly (if you’ll forgive the pun?) distinctive Early Mesolithic typologies, with an underlying emphasis on white flint. The two traditions, or technological preferences, are largely similar but with diverging patterns. Their labels come from the two principal type sites of Star Carr (first excavated in the 1940s) and Deepcar in south Yorkshire (excavated in 1962). Both are “broad blade” technologies. However:

Checking the literature, I’ve been looking for possible affinities, and what better than to go back to the original excavation reports. Assuming that our microlith is not a broken straight-backed bladelet, there are parallels in both Star Carr and Deepcar assemblages:

what do I think?

To be honest, the Deepcar similarities, and dimensions, are closest, and closer than a Late Mesolithic typology. My submission is that this is a Jacobi Type 1b microlith | Early Mesolithic Deepcar Obliquely Truncated Point (the backing has modified the shape of the original blank). It’s missing 1mm from proximal tip, 3-8mm or more from distal “tail”. Original max length could have been 35-40mm. Compare with the largest Late Mesolithic straight-backed bladelets (SBB), e.g. Esklets, where the retouch is gently oblique to form a sharp point: L 32mm, W 7.5mm, D 2mm. The normal SBBs with a bit of leading edge retouch don’t normally form a “point” at one end, and typical dimensions would be L 20mm, W 2.5mm, D 1.5mm. Leading edge partial retouch on SBBs is not very common.

PS | if you’re new to the Mesolithic, or British prehistory, here’s some good reading: